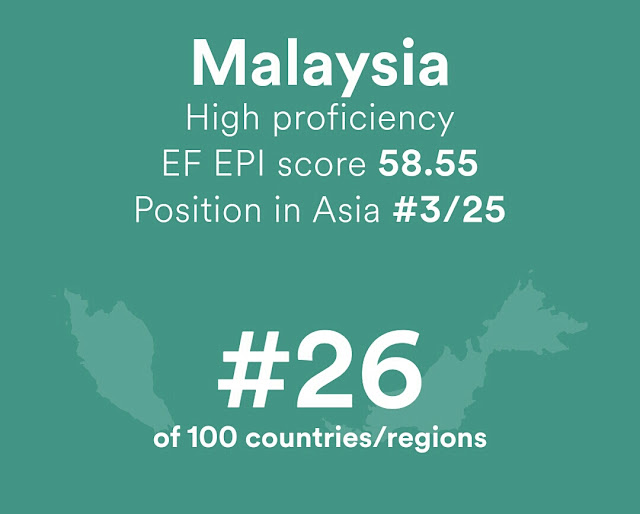 While it is third in Asia, behind Singapore (66.82) and the Philippines (60.14), Malaysia’s score of 58.55 has seen it slide from the 22nd position to 26th in the latest edition of the rankings produced by international education firm EF Education First.

While it did not elaborate, the report stated that men outscored women by significant margins in English proficiency in Malaysia.

Currently in its ninth year, the index was created after analysing the EF Standard English Test scores of 2.3 million adults across 100 countries and regions.

Over half of all Asian countries saw a drop in English proficiency this year, and the report noted that English standards in the region have remained the same despite substantial investments in private and public English education.

Malaysian students’ poor command of the English language was highlighted by the National Union of the Teaching Profession (NUTP) in May when its president, Aminuddin Awang, said the education ministry and other education sector stakeholders should conduct a comprehensive study to determine the root cause of the problem instead of putting the blame squarely on teachers.